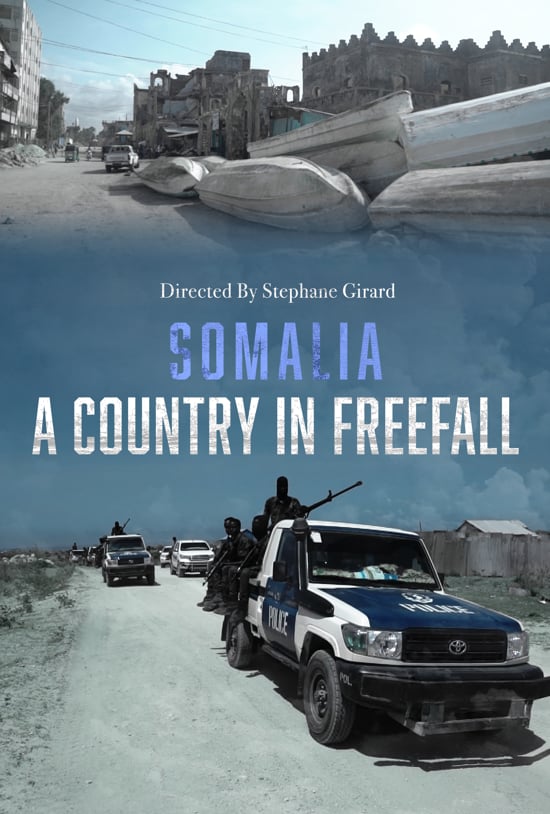 SOMALIA: A COUNTRY IN FREE FALL

With no state, no public amenities, no bank system, a scarce army, an under-equipped police force, and almost daily attacks, the majority of Somalia is completely out of government control. Despite the presence of an international African army, AMISOM, the country lives under the rule of armed Islamists who take orders from Al Qaeda.Every year, the international community spends billions on aid, and yet the country is weaker than ever.

Rather than benefiting citizens, the majority of international aid money is tied up in astronomical security costs, or is embezzled by a corrupt political class. It is estimated that less than 20% of aid money actually reaches its intended recipients.

With unprecedented access, our team was able to spend 16 days filming in the capital, Mogadishu, and its surrounding areas. This film attempts to understand how this country, under control of one of the strongest Islamist groups in the world, remains in chaos.

#SOMALIA: A COUNTRY IN FREE FALL
You may like

The Pirates of Somalia